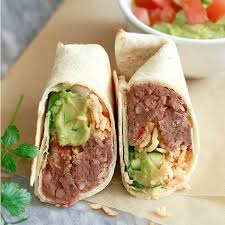 I get Nation’s Restaurant News’ daily newsletter to monitor what is happening in the food industry which got me thinking about the differences, and similarities, between the legal and food industries. While I don’t represent the food & beverage industry, plenty of my lawyer clients do.

My PR colleagues in the restaurant business think their jobs are getting more difficult for any number of reasons. The most important one is that the industry is undergoing a bit of a shake-out, with more restaurants pursuing fewer diners. In some ways, the legal industry has the same phenomenon: more competition for fewer marquee clients and a blurring of real differentiation across a wide swath of firms.

The Washington Post reported earlier this year that “there are fresh signs of trouble for established restaurants. Based on sales and guest count data from some 22,000 restaurant locations, BlackBox Intelligence says same-store traffic to these places was down 3.6 percent in the first quarter, adding to a streak of declines that began last year. These gloomy traffic figures put into focus one of the industry’s key problems: The supply of restaurants appears to outstrip demand.”

In view of that, PR people in that industry can say that it’s not easy to differentiate one chain or one restaurant from all the others in a shrinking market.

While competition is fierce and new challenges constantly emerge, PR people in the food business have a major advantage: their products can be seen, touched and of course tasted. To me, it looks relatively easy to send out a news release announcing a new burrito or a reformatted menu. The media and bloggers go crazy when Taco Bell rolled out its contest for a couple to get married at one of its establishments.  And a new toasted burrito brought to you by KFC, complete with a vintage 1960s rock soundtrack, that promises the possibility of love and romance? If only PR for legal services were that sexy.

In addition to the fact that lawyers don’t produce anything as tangible and edible as a burrito, representing lawyers has become more challenging over the years, as there is a constantly dwindling number of legal reporters to pitch to and a rapidly expanding set of controversial issues that create conflicts for law firms.

Thankfully, I think PR for law firms and lawyers continues to be fun and way more interesting that launching a new drink or food item. It might not be as visually appealing, but lawyers are still in demand by reporters who need to understand the legal impact of some of the most pressing issues of the day.

But what if I could combine these two areas of PR? I dream of wrapping up a bankruptcy attorney with a real estate expert, tossing in an IP attorney, adding a dash of warm trusts and estates advice and topping it off with a heaping serving of IP counsel, all wrapped up in litigation expertise. If I could do this, I think my legal burrito would be much more appealing to the media than a double toasted, triple layered, nacho-flavored Doritos covered taco. At least, I could be assured that my PR work is always in good taste.

Sing Your Praises (to Me!)