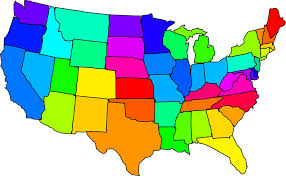 Earlier this month, I attended the annual national conference of the Legal Marketing Association in New Orleans. The conference kicked off with a full-day pre-conference program on April 9, broken up into several tracks. I was a co-chair of the PR track that day – a program entitled “Breakthroughs in Public Relations, Content and Communications.”

What is a crisis? It can be any life-threatening, property-threatening or reputation-threatening event, but a crisis isn’t always an event that will cause harm to the firm. A crisis, however, always requires immediate action, and the primary role of a communications team is to ensure that a consistent, meaningful message is distributed to all audiences across all channels.

The panel agreed that when handling a crisis, it is crucial to consider a variety of audiences when distributing the firm’s message. Internal audiences such as your law firm’s staff should not be neglected. In fact, they should be your first line of defense because they are your firm’s brand ambassadors.

In addition to your lawyers, your staff and the media, consider the following audiences during any crisis:

Communications professionals need to be the drivers of the message and need to take charge of the process of responding to the crisis. The PR team should coach the people who answer the phones about what to say.

In developing a set of messages during a crisis, the panel said the key considerations are:

Internally, the crisis messaging should be designed to raise awareness of the situation within the firm, to tell the internal audience whom to contact, to explain how the firm is responding, and to ensure consistency of the firm’s message. It often makes sense to limit the number of firm spokespersons to one or two in order to keep the message consistent. The firm’s clients should be given templates for email and telephone responses in case they are contacted, and if appropriate, the PR team should set up points of contact for client quotes.

As soon as a crisis comes to light, Hershman suggested creating a “holding statement” and releasing it immediately, even before you have all the facts. The statement reassures stakeholders that you are aware of and addressing the situation, plus it commits the firm to continued communications once more facts are known.

Werness agreed that a holding statement also buys some time and positions the firm as a primary source of information in the crisis. If the holding statement is not getting traction with the media, Werness suggested self-publishing it on the firm’s website or social media channels.

Finally, the panel agreed that working with the media can be a challenge in a crisis but that it’s invaluable to cultivate a strong rapport with the media before the crisis strikes. Permitting background interviews allows your spokesperson to provide more insights and facts to the media and the public without going on the record. It’s important to media-train your spokesperson by providing talking points and potential questions that may come her way.

When is the Right Time to Issue a News Release?

You’re Invited to Promote This