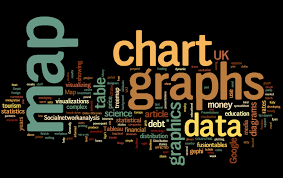 Why the Media Loves Data

The old adage, “What gets measured gets done,” has never been more true than it is today. We live in a digital world in which nearly everything can be and is being measured, so there are now data-filled reports on everything. How many media mergers are on the horizon? What are the financial metrics for law firms in 2017? How did small and midsize law firms survive the big law salary hikes? There are surveys and reports for those things, and, it seems, for everything else. And the media seems to love writing about them.

In fact, a whole new branch of journalism called data-driven journalism has sprung up in the past few years, as journalists have learned to use the powerful tools of the internet to come up with stories that would have been impossible to research and write as recently as 10 years ago. Data-driven journalism has been defined as “a journalistic process based on analyzing and filtering large data sets for the purpose of creating a news story.”

As Tim Berners-Lee, the founder of the World Wide Web, wrote recently:

Data-driven journalism is the future. Journalists need to be data-savvy. It used to be that you would get stories by chatting to people in bars, and it still might be that you’ll do it that way some times. But now it’s also going to be about poring over data and equipping yourself with the tools to analyze it and picking out what’s interesting.

Data-driven journalism ordinarily requires a great deal of time and effort that isn’t always available to a publication. But more and more, when a legal journalist isn’t able to devise her own study of a topic, she will be able to turn to some think tank, company or nonprofit that has published a data-filled report on that precise issue. Where in the old days, she was more likely to do the law firm equivalent of chatting with people in bars, now she is looking to quantify her conclusions. This is one of the many subtle and little-noticed results of the still ongoing internet revolution.

PR people need to be aware of this change and to think creatively about the use of data.  When they pitch a story on a law firm trend, they should include, where possible, references to recent studies or data compilations on the subject, whether or not these studies were performed by their own law firm. When a new study emerges that puts the firm in a good light, the PR person should consider sending out a press release tied to that study and emphasizing the law firm’s significance in the study. A press release noting that a firm placed first, for example, in a nationwide diversity survey is likely to help feed the media’s ever-growing taste for new data. The possibilities are nearly endless.

When is the Right Time to Issue a News Release?